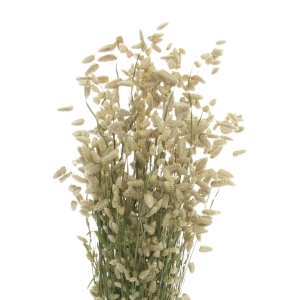 Briza maxima is a decorative grass with a rare appearance. It is an undemanding and relatively easy to grow plant, and its application is primarily in floristry.

The greatest advantage of Briza are its inflorescences with a very interesting structure. They resemble small, dangling spikelets or scales that move gently with every movement. Dried Briza adds lightness and natural character to floristic compositions.

up
Shop is in view mode
View full version of the site
×
×
Sklep internetowy Shoper.pl